Connecting and Supporting Men and Women in Business

Topics you want to discuss or that are trending on social media.
Post Reply
First unread post • 10 posts • Page 1 of 1

As many of you know I am a mummy to three girls, I grew up in a large family and in my previous career was a deputy head teacher. I am probably no more qualified that most moms out there but I think it would be great to share some of our wealth of parenting knowledge.

My first tip-
I am the boss and what I says goes! There are no questions asked! You do what you are told with out delay! 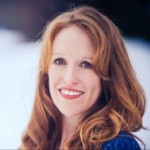 A great and difficult first tip, Kirstin! A client of mine is a psychotherapist and she ended up doing a session for me based on my challenges with my door slamming five-year-old (ended up teaching me a lot about her process so I could produce better website copy and helped me put my own relationship with my daughter in perspective).

In the course of the session she said "You do understand there is a hierarchy between parents and children and this is ok, right?" I said "yes, of course" but I realized that there are moment when I struggle with authority because I fear becoming authoritarian.

So, gratitude for your tip... more to mulch and consider!

My first tip: Remember that our children are our mirrors. When you see a behavior in them that you really dislike, pause a moment to see if they are reflecting one of your own most cringeworthy behaviors.

Geesh Kirstin, you are a meany! LOL

I had a friend whose daughter would dress herself for school with no real problems. She would come out in a flowered shirt and flowered pants...NO they did not match as far as the norm, but to this child they matched because they both had flowers on them.

The mom would ask if she was going to wear that and when the daughter said yes, mom just said ok.

This mom could have insisted the girl wear a certain outfit to fit other peoples standards, but why have a fight and tears each morning over something that really didn't matter?

My tip -
I would say that parents should pick their battles. Somethings just don't really matter.

I don't have any kids, but my mom's favorite line (which she still uses today) is...

I brought you into this world and I can take you out.

Now, I'm not scared of my mom at all, but somewhere deep inside I know there's some truth to it.

School has been back a few weeks now! This morning I gave my middle child her blazer on the way out the door. I assumed she put it on! As we get out of the car I notice she is not wearing her blazer! Getting ready in the morning is a military operation, we get up just before seven and leave before 8am. Is it too much to ask?

My mother worked and was gone before the bus came, so we had to get up, eat, dressed and get down to the bus. I did have 2 older brothers who were probably helpful in making sure I got to school. But, we all did it because we NEVER wanted to have to call our mother and tell her we missed the bus.

If we got up to late or screwed around and didn't have time for breakfast...we learned that lunch was a long time away and being hungry sucked.

Had a friend whose daughter was so sloooooooooow getting ready for school and it was a fight every morning. I had her kids one week and well we didn't play at my house. She started tying her own shoes, because that was just part of getting dressed (she and I practiced one whole evening to prep for the next day). She also went one day without her hair combed...oh she hated that, but made sure to get it done the next day. Maybe when we let kids "fail" that is when they learn and take responsibility.

I had no problems helping kids get ready, but some task are their total responsibility. Brushing hair was HUGE as my youngest had hair to her waist. She was not expected in kindergarten to put her hair up, but she was expected to start the brushing as best she could.

I do NOT envy you getting 3 off to school. Just know that as they get older, they will be able to do things themselves (even things we don't want them to). LOL

To my amazement the precious blazer was located far away front he from door! I laugh now but tomorrow it will be the reinforced that everyone need s to help mommy out the door with what they need! It is important to teach your children to take responsibility for their own stuff! I just can't remember everything!

I have a hard enough time getting me and Mika (my 4lb teacup yorkie) out the door at times. I can't imagine doing it with kids. HA!

Your day will come Lany! You'll make a great mommy!

Users browsing this forum: No registered users and 1 guest